The Syria tragedy through the eyes of a good man

Suleiman is a Syrian construction worker that has been working in Lebanon for more than twenty years. He is a good handyman and I contract him for odd jobs when need be. He is from the Houran area near Daraa, he is tall with clear eyes and a calm smile. Over the years we had nice discussions. I enjoy his straight forward look at life.
When Hafez Assad was president of Syria he seemed always satisfied with his life. He doesn’t ask for much; good food, building a home in his village, and providing for his family. Some years ago, after Bashar Assad became president, Suleiman started complaining that costs of sugar, tea, and fuel were increasing. He often looked worried about the future.
Then the Tunisia and Egypt revolutions started and he told me “this cannot happen in Syria because Bashar will do like his father did in Hama. He will bomb us with planes and kill us all”. I will never forget the stupid answer I gave him “no, today nothing can be hidden with the new technologies, and the world cannot accept that somebody bombs and kills his people”. I was more naïve that he and these words I said in all faith will haunt me forever. I mislead him; it is clear that the world does not care.
I saw Suleiman months later and he told me the story of kids in Daraa that were arrested and beaten because they were chanting around the school. He seemed upset. Then I got to know from the media about the Daraa children tortured and killed by the security forces. Then we started seeing people in the street clapping their hands and chanting against what has happening.
Again I saw Suleiman and he seemed upbeat very hopeful that change was coming to Syria. He told me that all in his region have rifles but that they wanted to keep the revolution peaceful. He explained that for this reason they were clapping their hands. They wanted to show that they were unarmed. And he was angry because the soldiers were shooting at the demonstrators and that the soldiers that did not shoot were killed by their superiors. He told me “we refuse to be slaves for much longer, finish, now we want our freedom and dignity”!
Two months later I asked for Suleiman to come to do a paint job for a friend of mine. His roommate told me that Suleiman went back home. Seeing pictures of civilians killed daily by the army got me to worry about him. Then he came to me and when I asked him how it was in his village. This big man broke down in tears. He described to me how his 17 years old nephew had his photo broadcasted on television while stamping a picture of Bashar Assad during a demonstration. The secret service took him and cut both his legs from the knee down in punishment. Then his voice broke and he told me that his other nephew who is a soldier was shot in the head by his superior when he refused to shoot at the villagers. The army brought his body to his mother and forced her to sign a declaration saying that her son was shot by terrorists that broke into their house.
I remembered my words and hated myself for them.
From then on, each time I came across Suleiman he had a horror story to share with me and slowly I saw this kind man become angry and bitter. Until one day he told me about the Free Syrian Army who was protecting the villagers. He was proud and full of hope. He idealized these brave soldiers that were protecting them and told me that the world will now help the revolution to get rid of Bashar.
He was wrong, the air bombing started and the massacres increased, and each time I saw him he was more and more angry. He used to ask me “do you think that now they will help us now?” What he meant by “they” was the West and the Arab countries. I did not know what to answer. I was losing faith and hope by the day with the so called “International Community” and the talk of upholding human rights.
Then one day he came to me and told me about the fundamentalists that were now fighting with the revolution and that they had lots of money and better weapons than the Free Army but that nobody really liked them.
Time passed and this nice, good hearted man started to carry hatred. He started talking about Alawites instead of Bashar forces; he started to curse against the United States who was doing nothing while the Iranians and Russians were helping Bashar.
Suleiman lost two brothers, tens of cousins, nephews, and friends. Today he carries hatred in his heart and despair. His sparkling eyes are now dull and when he smiles, it is a sad smile. But I never heard him say that he regretted what happened. He is always saying that living with dignity and freedom is what he is dreaming off and that there is no way that he could forgive Bashar or accept that he remains president of Syria.
Suleiman personifies the Syrian tragedy and for me remains the symbol of my failure, and the failure of all those who believe in freedom and dignity. We failed the people of Syria.
Albert Einstein once said “the world will not be destroyed by the people who do evil, but by those who watch them without doing anything”.
at May 12, 2013
Email ThisBlogThis!Share to TwitterShare to FacebookShare to Pinterest
Labels: Albert Einstein, Daraa, Iran, massacre, Russia, Syria, USA
Location: Beirut, Lebanon

13 of April, a memory or a never ending saga for Lebanon?

Clear heavens, a brisk breeze, and happiness are my recollections of April 13 1975. We were a carefree group of university students picnic... 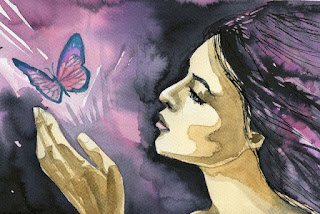